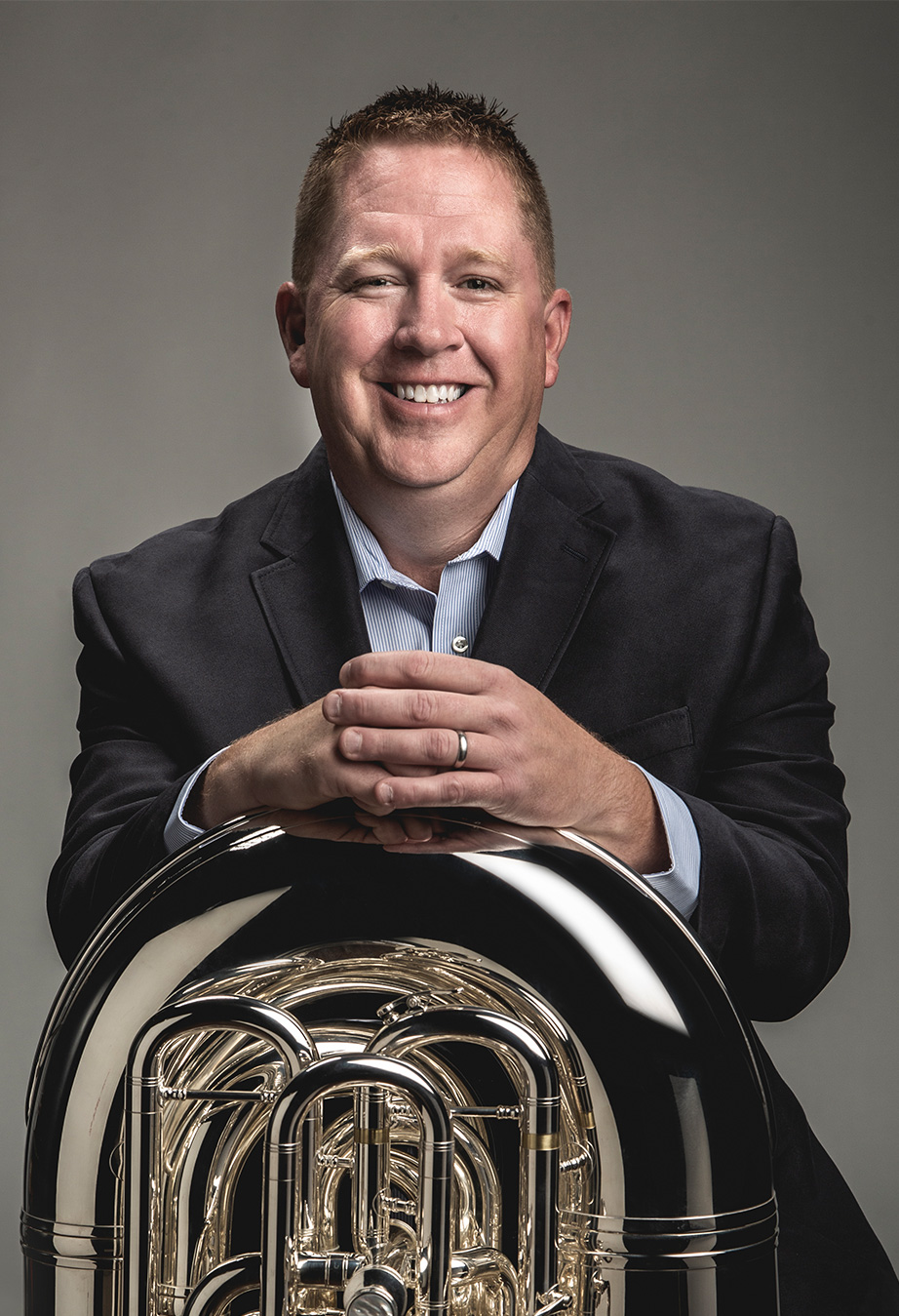 Dr. Andy Rummel is the Associate Professor of Tuba and Euphonium at Illinois State University in Normal, Illinois.  A native of Delavan, Illinois, Andy received his Bachelor of Music Education and Master of Music Performance degrees from Illinois State University in Normal and his Doctorate of Musical Arts degree from the University of Illinois in Champaign-Urbana.  His private teachers include Mark Moore, David Zerkel, Ed Livingston and Rex Martin.  Andy is the principal tubist with the Heartland Festival Orchestra and has performed with the Peoria Symphony Orchestra, the Illinois Symphony and the Virginia Symphony.  Prior to his arrival at Illinois State, Andy was the principal tubist with the United States Air Force Heritage of America Band and the Heritage Brass Quintet located at Langley AFB in Virginia.  Andy has been a guest soloist with the Vermont Youth Philharmonia, the Prairie Wind Ensemble, the Rockford Wind Ensemble, the Brass Band of Central Illinois as well as many high school bands and orchestras throughout the Midwest.  He has been a featured recitalist at many international and regional tuba-euphonium conferences has served as an adjudicator for several international and regional tuba solo competitions.

In addition to his performing credentials, Andy is also the musical director/conductor of the Illinois State University Tuba and Euphonium Ensemble.  The ensemble was featured performers at the 2015 and 2013 Midwest Regional Tuba and Euphonium Conferences as well as the 2015 and 2013 International Conferences for the National Association for Professional Band Instrument Repair Technicians.  The tuba-euph ensemble was the first ensemble of its kind to perform at the Illinois Music Educators All-State Music Conference in 2011 and was invited to perform again in 2016.  This ensemble has recorded for Mark Custom Records and has been invited to perform at three International Tuba and Euphonium Conferences.  For recordings and more information, please feel free to check out the studio YouTube channel:  www.youtube.com/isutubaeuph

Andy is an artist/clinician for the Eastman Music Company and performs on the ECB632 CC tuba.  He is also a performing artist for Parker Mouthpieces.