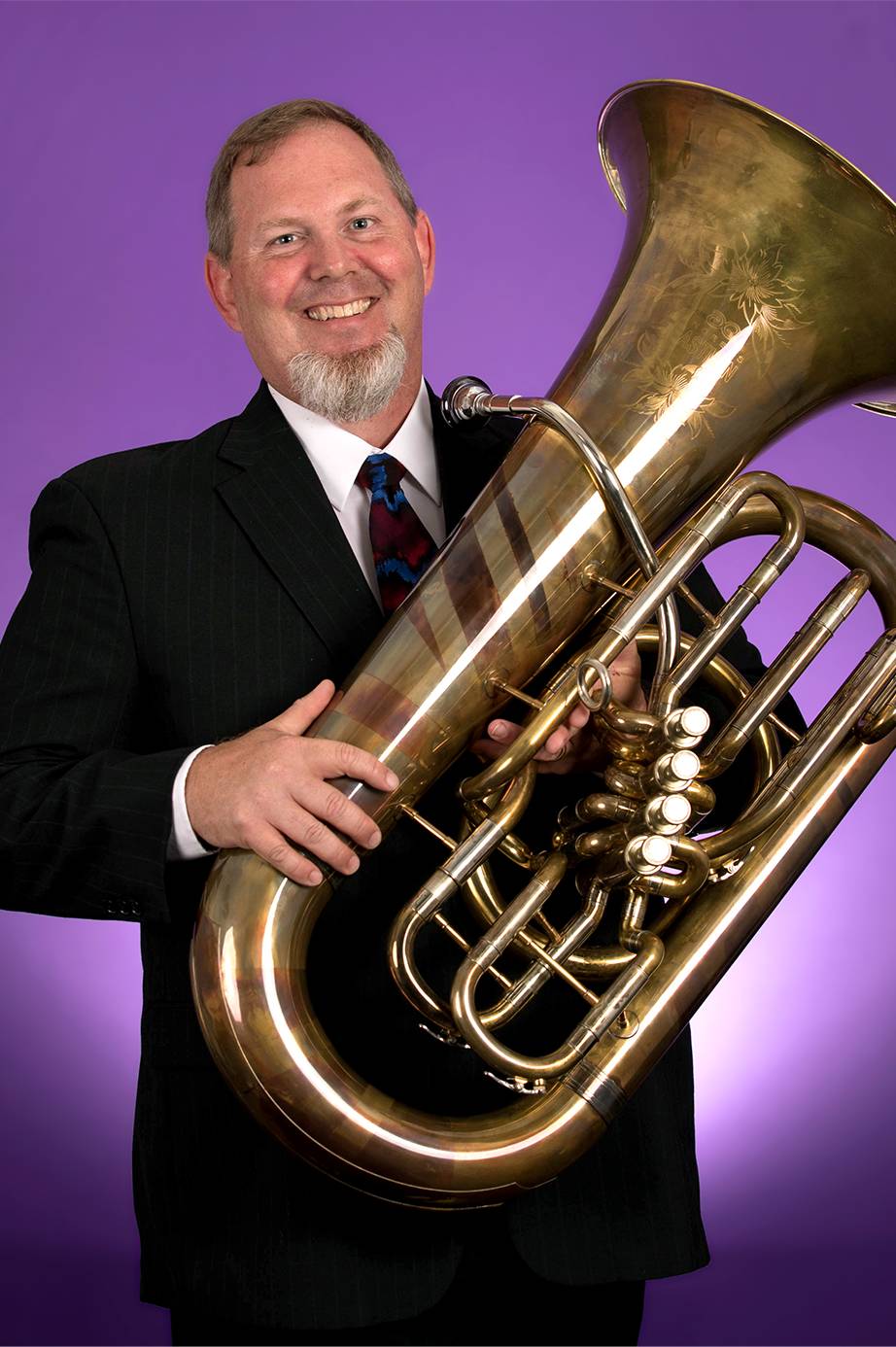 Dr. Jarrod Williams is Teaching Professor of Tuba at East Carolina University where he teaches tuba, the appreciation of music, and performs with the ECU Faculty Brass Quintet. Active as a performer and educator, Dr. Williams is recently retired from a 22-year career as principal tubist with The United States Naval Academy Band. Prior to joining the faculty at ECU in 2017, Dr. Williams held teaching positions at Pennsylvania State University, Salisbury University, Goucher College, and Anne Arundel Community College.

With over 4,000 career engagements, Dr. Williams has had a wide variety of performance opportunities to include live solo broadcasts on Kansas Public Radio, as solo tubist at the International Fellowship of Conductors, Composers, and Collaborators, with brass quintet at the International Trumpet Guild Conference, and with the Brad Linde Ensemble featuring Lee Konitz at Blues Alley. Additionally, he worked with the Naval Academy Concert Band at The White House and the USNA Brass Ensemble broadcast at The Voice of America and at the Kennedy Center Millennium Stage. He has enjoyed collaboration with such conductors as James Barnes, Eugene Corporon, Gunther Schuller, and Leonard Slatkin.

Dr. Williams has served on judging panels for national and international competitions including ones at The United States Army Band Workshop from 2010-2016 and the 1998, 2010, and 2014 International Tuba Euphonium Conference. He has performed at the International Tuba Euphonium Conference (2016 and 2014), the United States Army Band Tuba-Euphonium Workshop in Washington, D.C. (1997-2006), and at dozens of colleges and universities across the country.