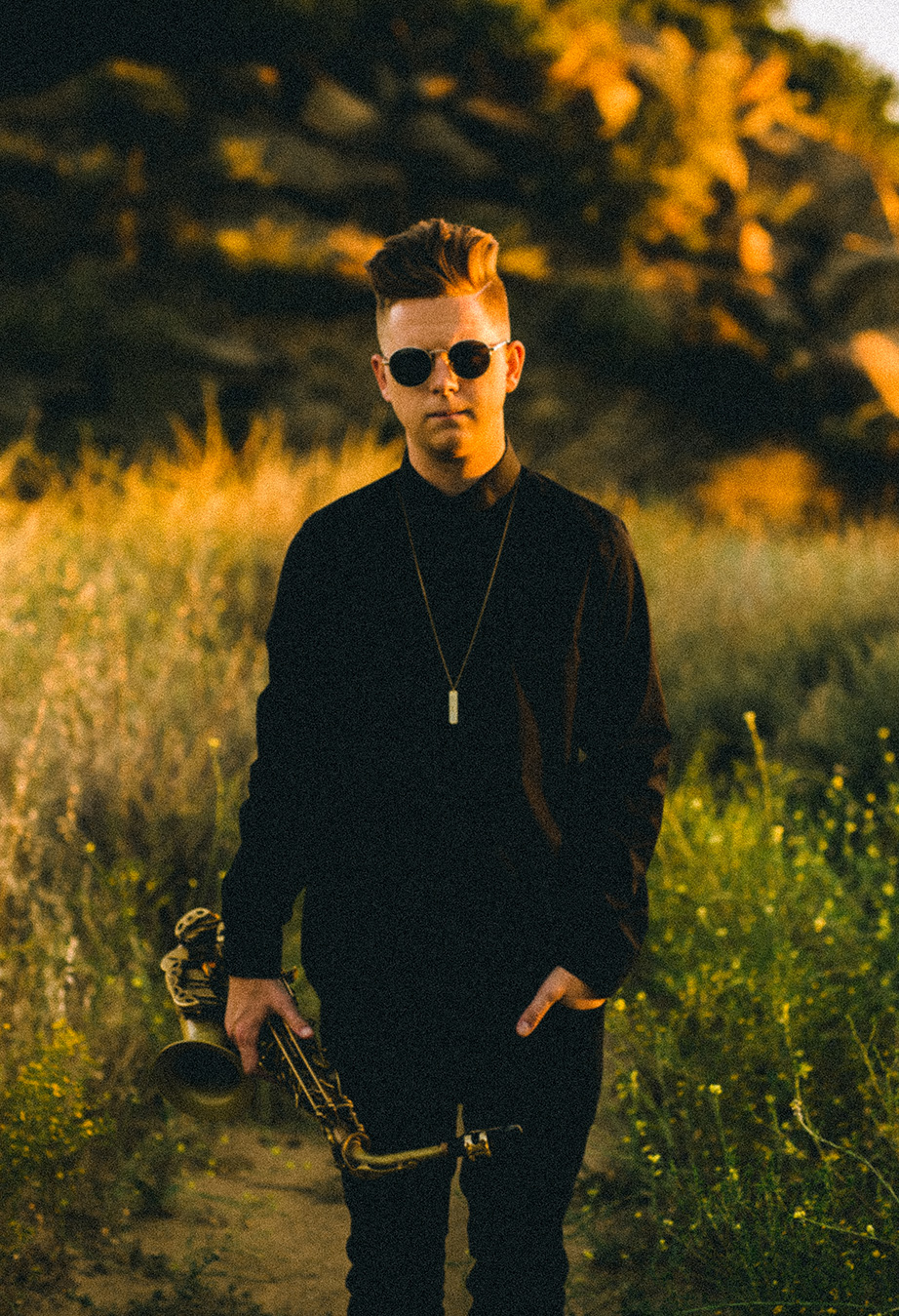 Alex Hahn is a multi-award winning saxophonist and composer based in Los Angeles, California. Still early in his career, Hahn has had the opportunity to perform with many renowned artists such as Herbie Hancock, Esperanza Spalding, The Grammy Award Winning John Daversa Progressive Big Band, Bob Mintzer, Peter Erskine, John Beasley, and many others. He also recorded on Michael Bublé’s last two Grammy Nominated albums, “Nobody but Me” and “Love.” In addition, Hahn has performed and taught all over the world including the Panama Jazz Festival, Sitka Jazz Festival, and at International Jazz Day in Havana, Cuba and St. Petersburg, Russia.

Hahn is also very active as a studio musician in Los Angeles, CA. He has recorded alto, tenor, and baritone saxophone on commercials for brands such as Disney, Devoted Care, and Wayfair. He can also be heard on movies such as Bad Trip, written and starring comedian Eric Andre, and is a featured soloist on the Eddie Murphy movie Coming 2 America. Lastly, Hahn is featured on screen on the Emmy Award Winning Television show Glee.

Hahn completed his second Master of Music degree at the prestigious Thelonious Monk Institute of Jazz where he studied with jazz legends Herbie Hancock, Wayne Shorter, Jimmy Heath, and many more. He also holds a Master of Music degree in Jazz Studies from the University of Southern California, where he was a graduate student and teaching assistant under Bob Mintzer and Jason Goldman. Hahn graduated with a Bachelor of Music from the University of North Texas in 2014 where he performed/recorded with the 7-Time Grammy Nominated One O’ Clock Lab Band. He is a featured soloist on the Lab 2014 Album.

Hahn has recorded and released three studio albums featuring his original music. His first release, Traveling in 2014, was recorded in Denton, Texas inside his then home. The music focused on creativity, fun grooves, and soulful melodies. In 2017, Hahn released his second album, Emerging. This project featured three horns, rhythm section, and an orchestra. The music blended jazz, pop, classical, and cinematic music. New Flight, his 3rd studio album released in 2019, was a drummer-less ensemble that featured vocalist Michael Mayo and saxophonist Bob Mintzer. His fourth studio album "Second Wind" is set to release in summer of 2021. Hahn’s original music always focuses on strong sing-able melodies and groove.

In addition to his professional performing and recording career, Alex Hahn is an avid educator. He has given master classes, clinics, and has had guest artist appearances at The University of North Texas, Cal Tech University, San Jose State, Saddleback College, as well as a number of high schools and middle schools across the country. Hahn also has a very strong private lesson studio. He has taught students from all over the world including Egypt, South Korea, Australia, United Kingdom, Mexico, Canada, and New Zealand. His private students have gone on to receive music scholarships at some of the most prestigious schools in the country including the University of Miami, Berklee College of Music, Manhattan School of Music, University of Southern California, and The University of North Texas, to name a few. He currently serves as the Director of Jazz at the Los Angeles County High School for the Arts. Since becoming the director at LACHSA, his students have won countless awards from Downbeat Magazine, Spotlight, and Young Arts. Three of his students have been selected to participate in the Herbie Hancock Institute National Peer-Peer All Star Jazz Septet. This group is hand selected by Dr. JB Dyas, Vice President of Education at the Herbie Hancock Institute, and consists of the top high school musicians from the various Arts High Schools across the country.

Hahn has also released several educational products. These include three different volumes of transcription etudes and the Alex Hahn Saxophone Technique Essentials. His products have been sold in over twenty-five states and over twenty countries.