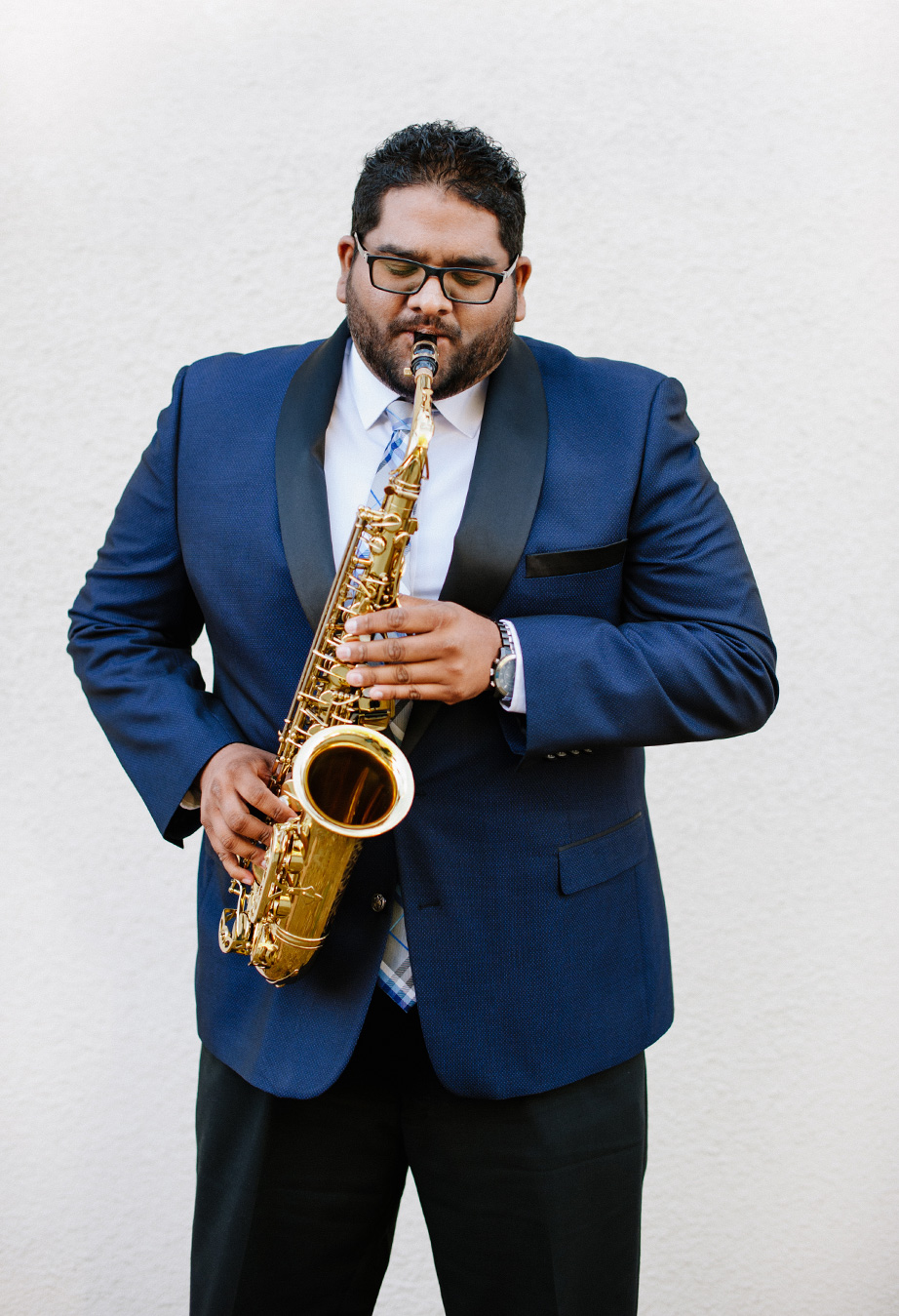 Acclaimed as “a virtuoso saxophonist" (Beverly Hills National Auditions), and a “magician showing off his tricks" (www.austin360.com), Dr. Andrew Harrison has emerged as one of today’s most unique and engaging musicians, leading him to perform hundreds of concerts throughout the United States and Europe as a chamber musician and soloist. He has placed in numerous prestigious competitions, including the Frances Walton Competition, the U.S. “Pershing’s Own” Collegiate Concerto Competition, and most recently the Berliner International Competition. Dr. Harrison has been featured with numerous ensembles, including the Downey Symphony Orchestra, Music Academy of the West Orchestra, Cal Poly Pomona and La Sierra University Wind Ensembles, and the Pacific Symphony Youth Wind Ensemble, and his playing has been described as "spectacular" (LA Opus) with a sound that is "broad and rich" (The Instrumentalist).

An advocate for contemporary saxophone music, Dr. Harrison has premiered over 30 new works by emerging and preeminent composers including Joel Love, Jules Pegram, Jim Stephenson, and Jennifer Higdon, among others, which range from solo works to large ensemble premieres. He has also recorded on several acclaimed albums, including Shadow of Sirius (GRAMMY Nomination, 2016) and Places in the West with with the University of Texas Wind Ensemble, Over the Rainbow and Bach Again with the TexSax Saxophone Ensemble, and has released In the City: New Works for Saxophone Quartet under his own label.

As an educator, Dr. Harrison is a frequent presenter of masterclasses and clinics at numerous high schools, universities, and conferences around the country, including the North American Saxophone Alliance, Texas Music Educators Association,  and Denison Tutti Festival, along with Residencies at Websters University, Southern Illinois University Edwardsville, Franklin College, among others. His students have been accepted to numerous prestigious schools and organizations, including Cal State Fullerton, University of the Pacific, USC, UT Austin, University of North Texas, the Pacific Symphony Youth Ensemble, and the Riverside Philharmonic.

Currently, Dr. Harrison serves on the faculty of Mt. San Antonio College, Cerritos College, and the French Conservatory of Music, and previously served as the Saxophone Mentor Artist at the Colburn School. He holds a Doctorate of Musical Arts degree from the University of Southern California Thornton School of Music, and a Masters degree from the University of Texas at Austin Butler School of Music, and his teachers have included legendary saxophonist Harvey Pittel, and LA Philharmonic Saxophonists Jim Rotter and Douglas Masek. He is the Co-Founder of the Uproar Duo with acclaimed pianist Clare Longendyke, and is an Endorsing Artist with Eastman Winds.