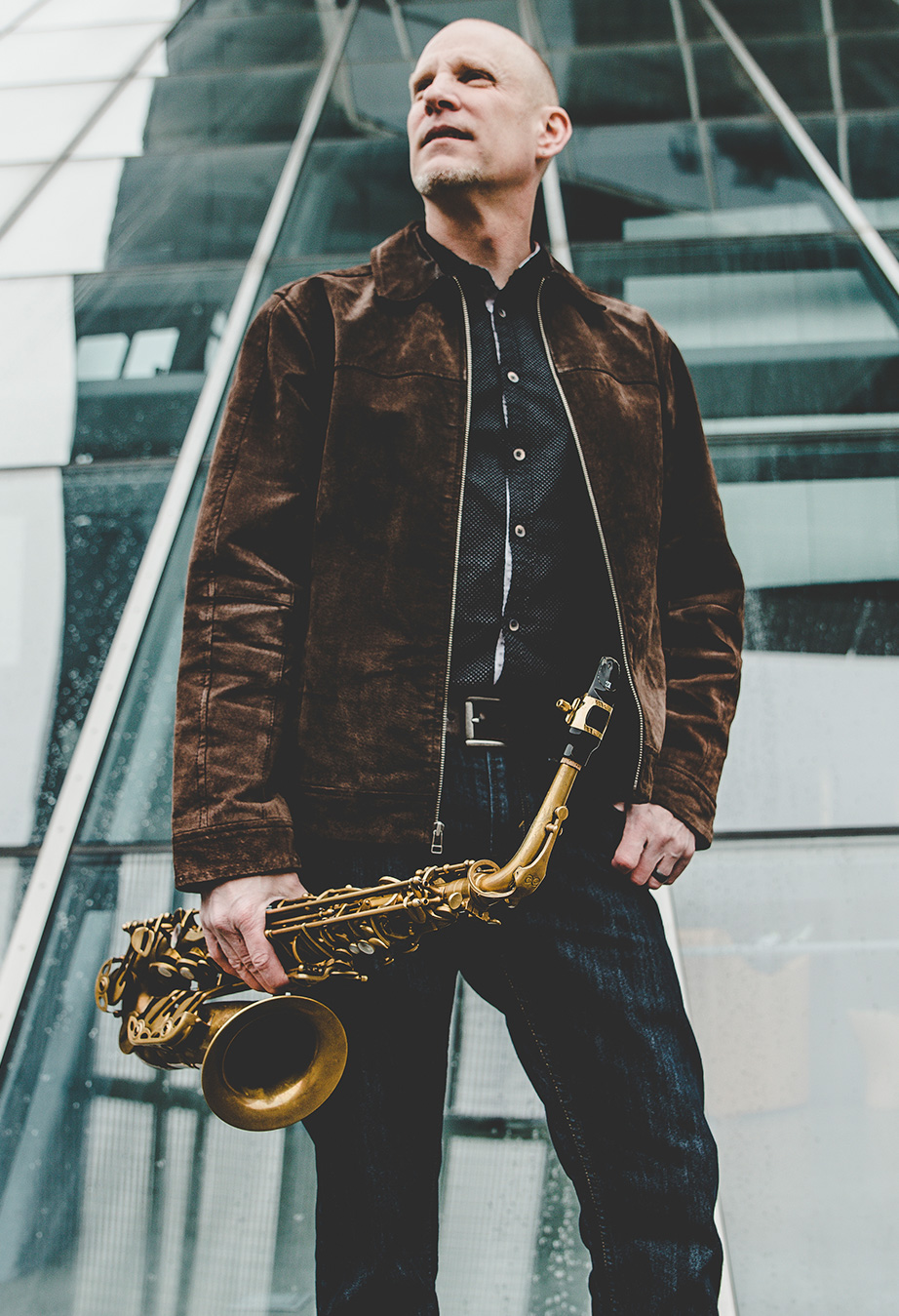 Bobby Selvaggio is one of the leading alto saxophone voices on today's jazz scene.  In the words of pianist Kenny Werner, “Bobby is among the best of players out there,” and legendary saxophonist Joe Lovano praises Bobby by calling him “one of the few young saxophonists on the scene today that captures you with his strong presence, focus, and sound.”

Bobby, who grew up in the Cleveland area, earned his Bachelor of Music in Music Performance from Kent State University.  He eventually moved to New York City and earned a master’s degree in jazz performance from the Manhattan School of Music. While in New York, Bobby studied with Joe Lovano, Bobby Watson, Dick Oatts, and Maria Schneider.

After living in New York City and gigging around town at places like the Vanguard, Smalls, and Birdland for four years, Bobby decided to move back to Cleveland with his family. Northeast Ohio has become his home base of operations where Bobby has toured extensively throughout the US and Canada with various working ensembles and musicians. He has dedicated himself to keeping jazz alive in Cleveland and his passion for jazz education has led him to serve as Director of Jazz Studies at Kent State University.

In addition to his work in jazz education, Bobby continues to expand his discography. His most recent recording is Quantum Man (Dot Time Records, 2016) which features a Jazz Quartet, String Quintet, Voice, and Percussion. As said by Downbeat (receiving 4 ½ stars): “Even at its most abstract, the highly textured, refreshingly unpredictable Quantum Man is persuasive and moving”. Quantum Man was also chosen “Best of 2017” by Downbeat. Follows is Short Stories (Origin Records, 2014) featuring Aaron Goldberg on the piano, Way of Being (Arabesque Records, 2013), Grass Roots Movement (Arabesque Records, 2011) featuring guitarist Nir Felder, and Modern Times (Arabesque Records, 2009).  Modern Times featured Kenny Werner on piano and Sean Jones on trumpet. Bobby’s Unspoken Dialogue (Playscape Recordings, 2007) featured Kenny Werner, as well as Jamey Haddad on drums, Ben Street on bass, and Paul Tynan on trumpet; all musicians Bobby has actively performed and recorded with over the last 10 years.

Find more information on Bobby by going to his web site: www.bobbyselvaggio.com