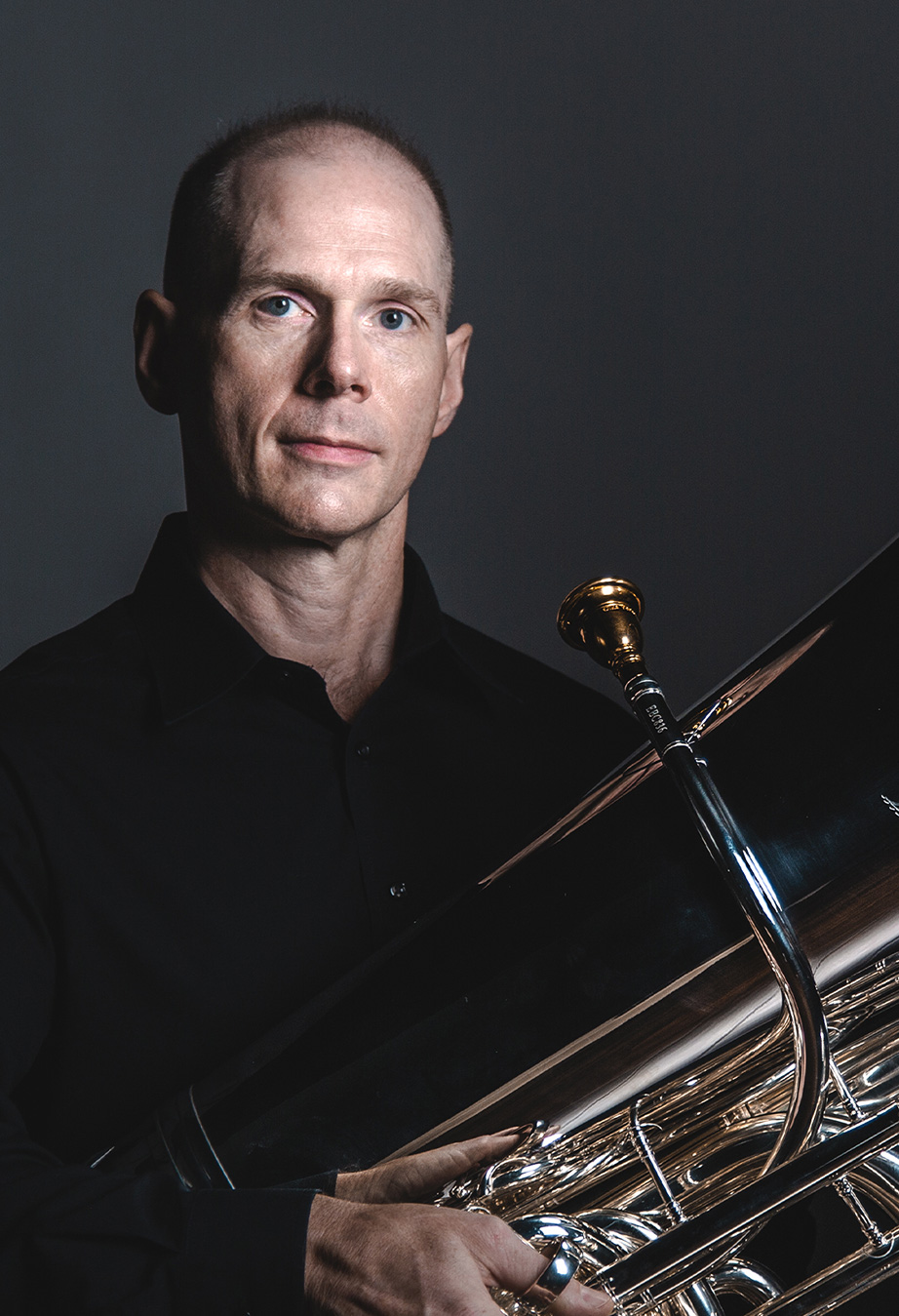 Before becoming a full-time orchestral musician in 1999, Chris was an active freelance musician in New York where he performed with many brass quintets, Dixieland bands, and most of the major orchestras in the area while completing his Masters degree at The Juilliard School.

From 1989 to 1996 he was a staff musician for the Walt Disney World Company in Orlando, Florida, where he was a member of many of the bands there including the TUBAFOURS tuba quartet, the world’s only full-time professional tuba quartet.

An active soloist and advocate of solo tuba literature, Chris has performed across the world in recital and masterclass as well as soloing with orchestra, windband and various other groups.

In 2006 Chris premiered and recorded the Samuel Jones Concerto for Tuba and Orchestra with the Seattle Symphony for the NAXOS Record Label. The concerto, which was written for him and commissioned by Sandra Crowder, received critical acclaim internationally for the premiere as well as recording.

His education includes a B.M. from the University of Central Florida, and a M.M. from the Juilliard School.

Chris is proud to be an Eastman Winds Performing Artist.