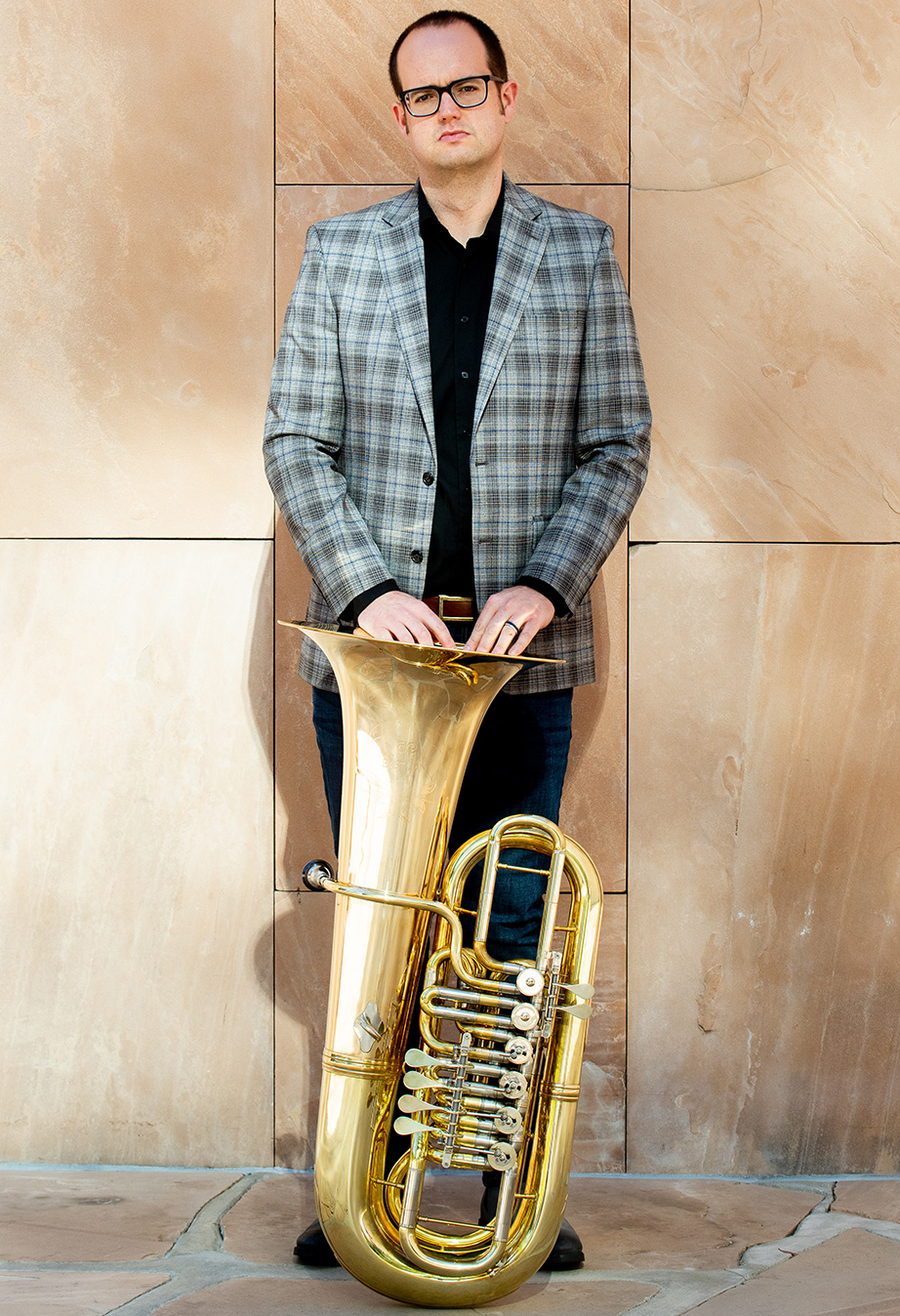 Gabriel Sears has established himself as a leader among the new generation of brass musicians, captivating his audiences by effortlessly combining virtuosity and musicianship with distinctive entertainment. Heralded by the United States Air Force Band as an "amazing talent" (MSG Burts, 2006) after being the first brass musician to win the Colonel George S. Howard Young Artist Competition, it was evident at an early age that Gabriel would set the new standard in tuba performance. Continuing with his competitive career, Gabriel won 2nd prize in the '08 and '09 Leonard Falcone International Tuba Artist Competition and received a 2011-2012 Fulbright Grant to study tuba performance at the Hochschule für Musik, Theater, und Medien in Hannover, Germany. After moving to Los Angeles, Gabriel competed in the Pasadena Showcase 28th Instrumental Competition in February of 2013, taking 1st place in the brass division.

Gabriel has enjoyed performance seasons with several orchestras in the Phoenix and Los Angeles metropolitan areas and is currently principal tubist for the San Bernardino Symphony under the baton of Maestro Anthony Parnther; he has also had the pleasure of working under the batons of Maestro Gustavo Dudamel and composer John Williams.

Performing more than just ensemble work, Gabriel is also an active soloist. Gabriel gave several recitals while at Arizona State University, two solo performances while in Germany during his Fulbright grant, has had multiple solo appearances in the Los Angeles area, and completed a masterclass and recital tour throughout the state of Arizona in November of 2017.

In addition to his performance activities, Gabriel is dedicated to arts education and received a Bachelor of Music in Music Education from Arizona State University and earned a Professional Studies Certificate from the Colburn School Conservatory of Music in Los Angeles. Gabriel is currently serving as Adjunct Professor of Tuba and Euphonium at California State University Long Beach, Fullerton College, and Irvine Valley College. Gabriel can be heard in major motion picture and television soundtracks; some of which include Disney’s Mulan, The Biggest Little Farm, Men in Black: International, The House With a Clock in Its Walls, and League of Legends among many others. Gabriel has been a student of Norman Pearson, Jens Bjørn-Larsen, Sam Pilafian, Patrick Sheridan, and owes his musical foundation to Donna Schmidt, an Albuquerque, New Mexico area instructor.

Gabriel is an International Artist and Clinician for the Eastman Music Company. He and his wife proudly own and operate a small zoo consisting of two dogs and three cats at their home in Fullerton, CA.