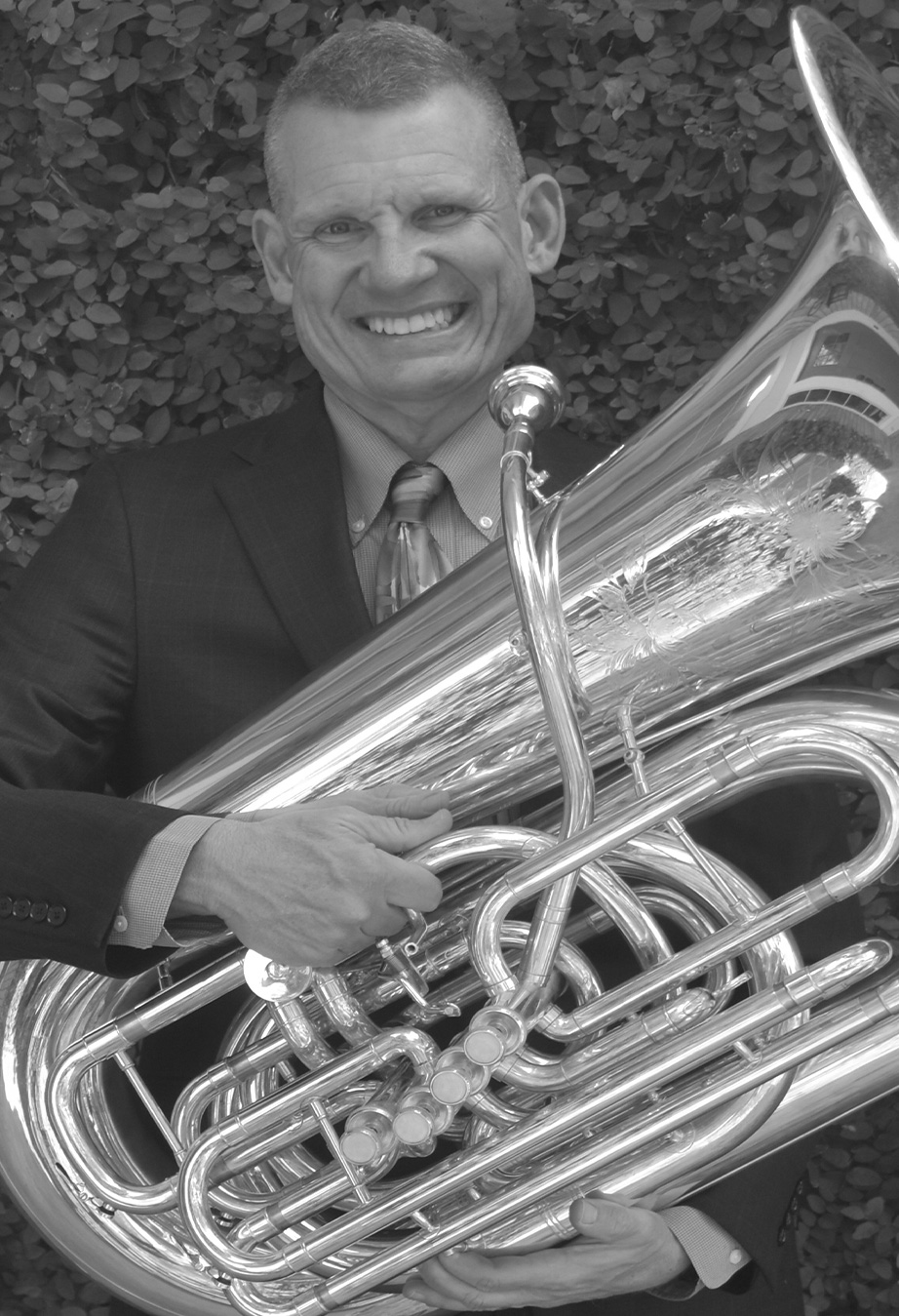 While at the Academy he was a member of the arranging staff creating over 150 arrangements and taught Finale for the Air Force. Later he was named Chief of the Band Support Division for The Air Force Public Affairs Association and led a team that created music compositions/arrangements, managed music licensing and social media for all Air Force Bands and Public Affairs. He has been featured on over 32 video and audio recording projects and performed live for over 50 million people worldwide. He has performed more than 40 times on TV including PBS, Fox and Friends and The Armed Forces Network. He was previously the instructor of Tuba and Euphonium at Colorado State University-Pueblo, was a member of the faculty at The Rafael Mendez Brass Institute and was Director of Bands at Louise ISD. Gary is an artist/clinician for the Eastman Music Company and performs on the EBC632S CC tuba.