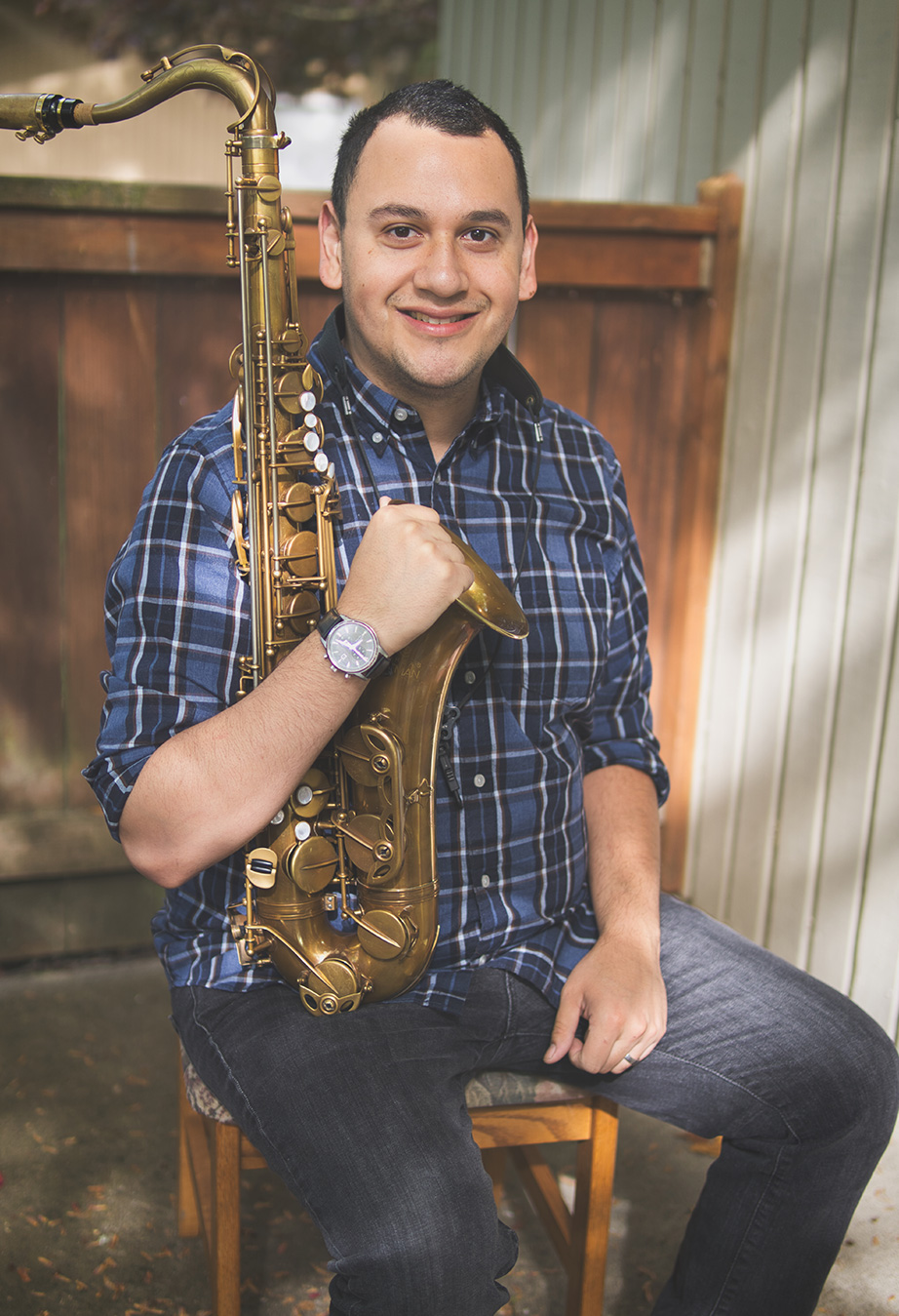 Jonathan Corona is a jazz saxophonist and music educator based in the State of Oregon. Over the span of his on-going performing career, he has had numerous opportunities to share the stage with jazz artists such as Chuck Redd, Ken Peplowski, Josh Nelson, Alan Jones, Kendrick Scott, Ted Rosenthal, and countless others. In addition to playing jazz, Jonathan has had the pleasure of working with mainstream artists like Grammy Awarded The Temptations and The Cherry Poppin Daddies. In addition to performing around the Northwest, Jonathan has toured in notable European jazz festivals as the lead tenor saxophonist in the Oregon Jazz Ensemble.

Currently, Jonathan is the lead tenor saxophonist for the Emerald City Jazz Kings and for the ensembles created for the Oregon Festival of American Music. He also frequently leads his own small ensembles that feature his improvisational skills and original compositions.

Along with performing, he is a well respected music educator in Lane County and is part of the Willamette Jazz Society Education Committee. For many years, Jonathan has taught music at the University of Oregon, Bushnell University, and The Jazz Station. He has also spent numerous years being a private saxophone instructor, catering to any aspiring musician wanting to hone their craft. Many of Jonathan’s younger students are recipients of soloist awards and find great success in their music auditions and programs.

Jonathan received his Bachelor's and Master's in Jazz Studies from the University of Oregon in 2017 and 2019 respectively. He also holds a second Master's in Teaching with a Music Endorsement from Western Oregon University, received in 2021.

He is currently the music director of Prairie Mountain School in Eugene where his teachings and love of music influences a younger generation.