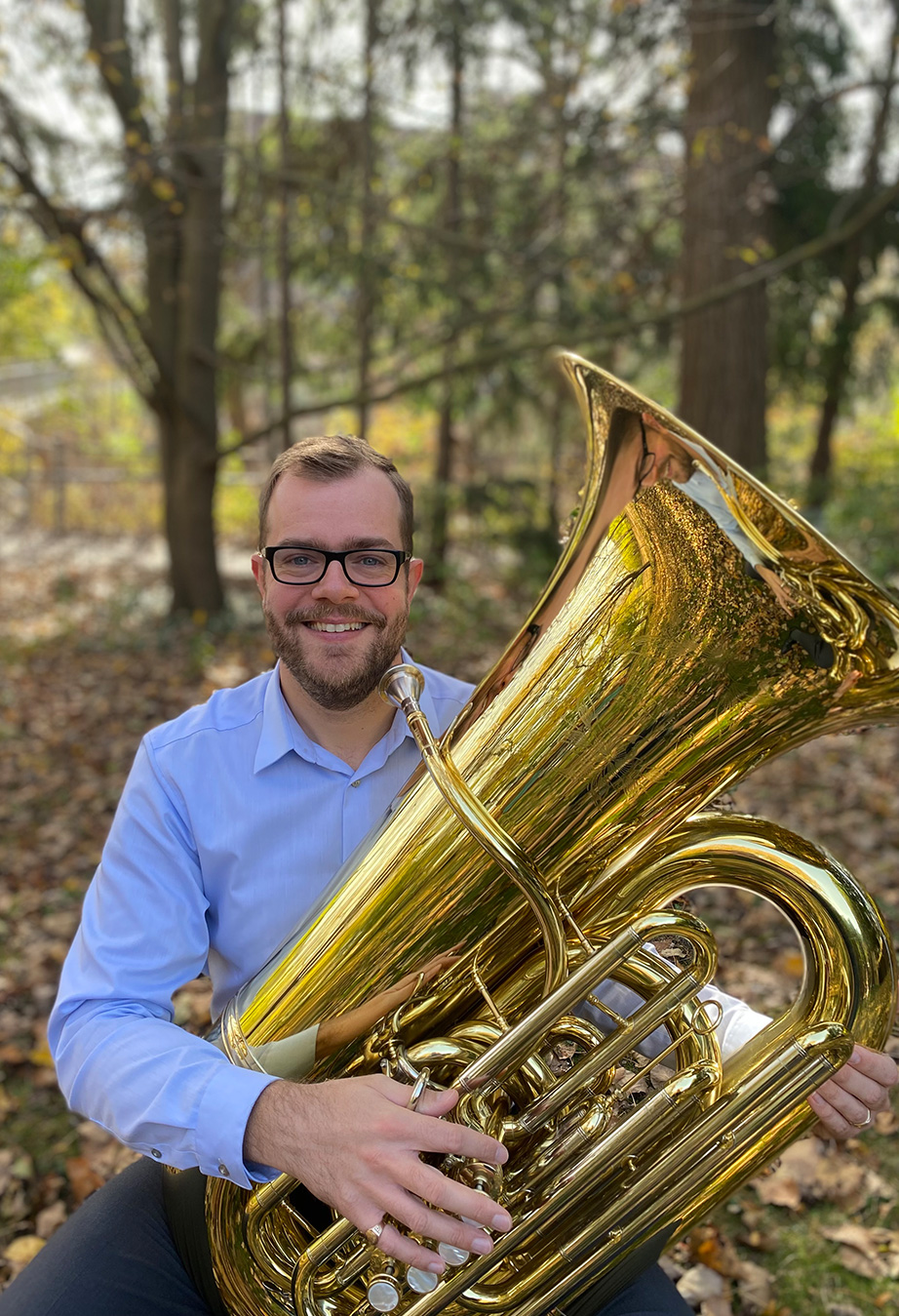 Born and raised in St. John’s Newfoundland, Canada, tubist Jonathan Rowsell received his earliest musical training from his father David and the brass band traditions of the Salvation Army. He studied both performance and composition at Memorial University of Newfoundland and in 2018 graduated from the University of Toronto with a Doctor of Musical Arts. Jonathan works as a freelance tuba player throughout Ontario, performing with various groups including the Trillium Brass Quintet, Hannaford Street Silver Band, London Symphonia, Hamilton Philharmonic, Kitchener Waterloo Symphony, Esprit Orchestra, the Canadian Opera Company Orchestra, the National Ballet of Canada Orchestra, and the Stratford Festival. Jonathan is also in demand as a brass clinician and teacher, teaching brass at St. Michael’s College School, Memorial University, and Western University’s Don Wright Faculty of Music. In addition, Jonathan is an enthusiastic composer and arranger and has had his works for brass performed and recorded in Canada and abroad. Jonathan’s music has been published by SP&S, Maple Leaf Brass, Experianza Music, Cimarron Music Press, and BrookWright Music. Jonathan is proud to be an Eastman Performing Artist.