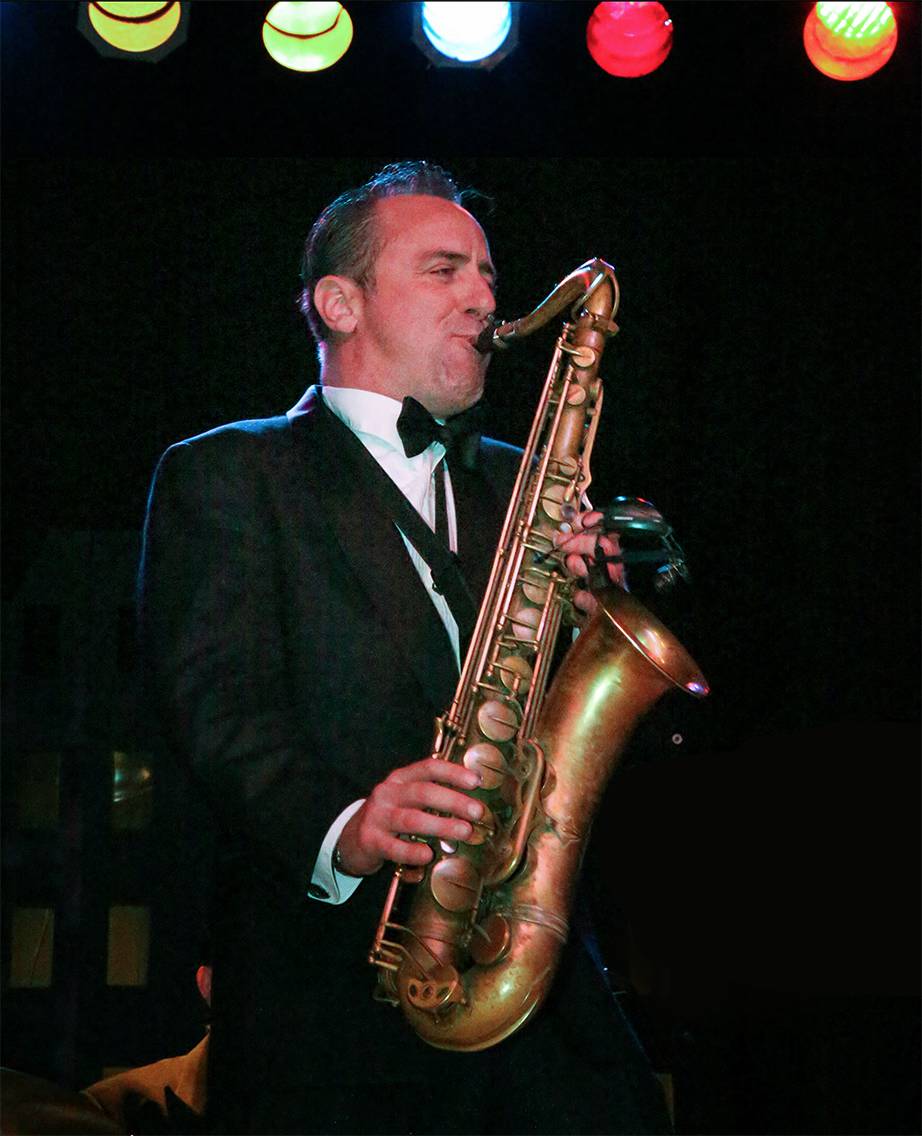 Since picking up the saxophone while in Junior High School back in the 1980s, Kirk Tracy enjoyed developing his sound and playing in the Orange County/Los Angeles music scene. While still in school Kirk had the honor of studying with New Orleans great Jerry Jumonville as well as Southern California saxophone masters Eric Marienthal and Doug Webb. Once Kirk was in his late teens he became busy playing with The Shirelles, The Ink Spots, Dave Wakeling (The English Beat and General Public), and recorded the Epic Records debut release of the ska group Save Ferris. Kirk has also recorded many t.v. and film spots as well. Although once he met his wife Nicole he was determined to create a group with her that celebrated “Classic American Music”…and thus The Kid and Nic Show was born. A fun, high energy, interactive show that features a blend of swingin’ blues, rock and roll, latin and a variety of other genres. Since the formation of this husband and wife led five piece band in 1997, The Kid and Nic Show has performed regularly from the House of Blues stages in Hollywood and Anaheim to clubs, casinos, theaters, festivals and special events across the country. Past tours have taken the show to over 15 states. The Kid and Nic Show has been featured on The Discovery Channel, The Food Networks “Bobby Flay’s Food Nation”, as well as morning news shows in Minnesota, South Dakota, Nevada and Arizona. Their story has also been told in periodicals across the nation. Songs from Kid and Nic’s lates release “Goin’ Downtown” are enjoying regular rotation on radio stations across the nation and around the world! Kid and Nic take their audiences on a trip across the landscape of American music and comedy for a show that provides a lot of laughs, memorable tunes and a genuine feeling of joy! Kirk Tracy is a proud player and promoter of The Eastman 52nd St. Tenor Saxophone.