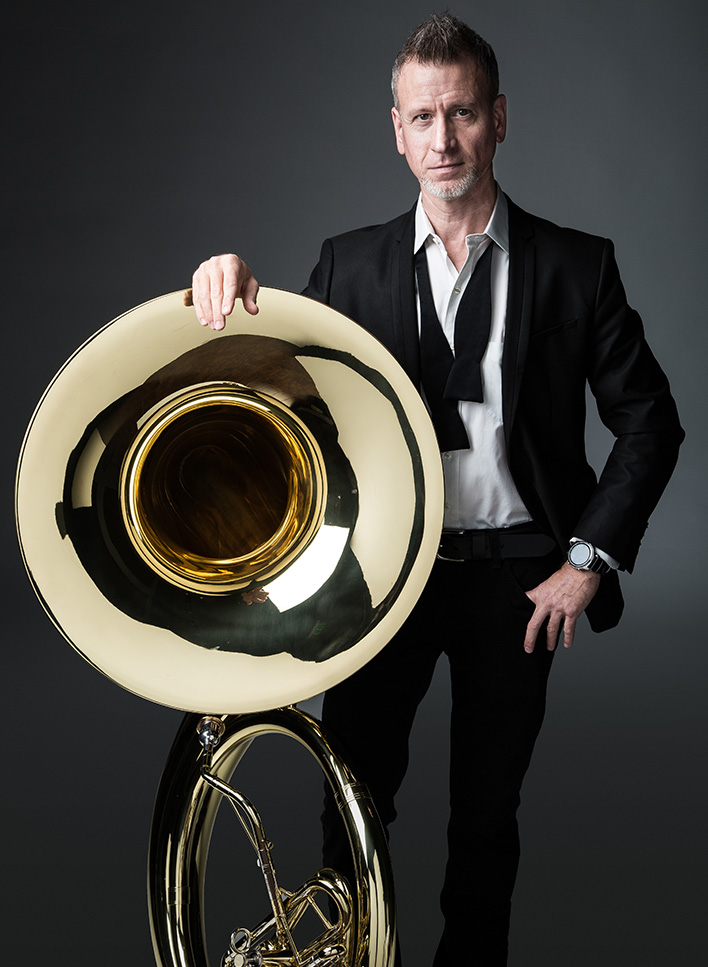 Marc T. Bolin has performed with such artists as B.B. King, Christina Aguilera, Stevie Wonder, Neil Diamond, Mötley Crüe, Kenny Burrell, Sheila E, the Black Eyed Peas and Aloe Blacc, performed in two of Philip Glass' operas, and has even played on the Mississippi riverboats. In 2006, Marc participated in a state tour of China and performed at the Red Sea Jazz Festival with the Ambassadors of New Orleans' Jazz. In 2007, Marc was commissioned to realize Duke Ellington's incomplete opera Queenie Pie for the Oakland Opera Theater, then in 2008 was invited to present his research and reflections in his paper Realizing the Duke at the Echoes of Ellington Conference at UT Austin. Marc received both his B.A. and M.M. in Music Performance, as well as an M.A. in ethnomusicology, from the University of California, Los Angeles. As a doctoral student in UCLA’s Department of Ethnomusicology, his research interests are New Orleans brass band music and African-American musical traditions, particularly jug band music, jazz, jazz opera, marching-performing-street bands in the United States, and West Coast Hip-Hop Orchestras. As an Artist for Eastman Winds, Denis Wick, and HornFX, Marc is committed to educating young musicians, providing private lessons and master classes on tuba/sousaphone and trombone. Marc is a veteran of the U.S. Marine Corps and fought in Operation Desert Storm for the liberation of Kuwait.