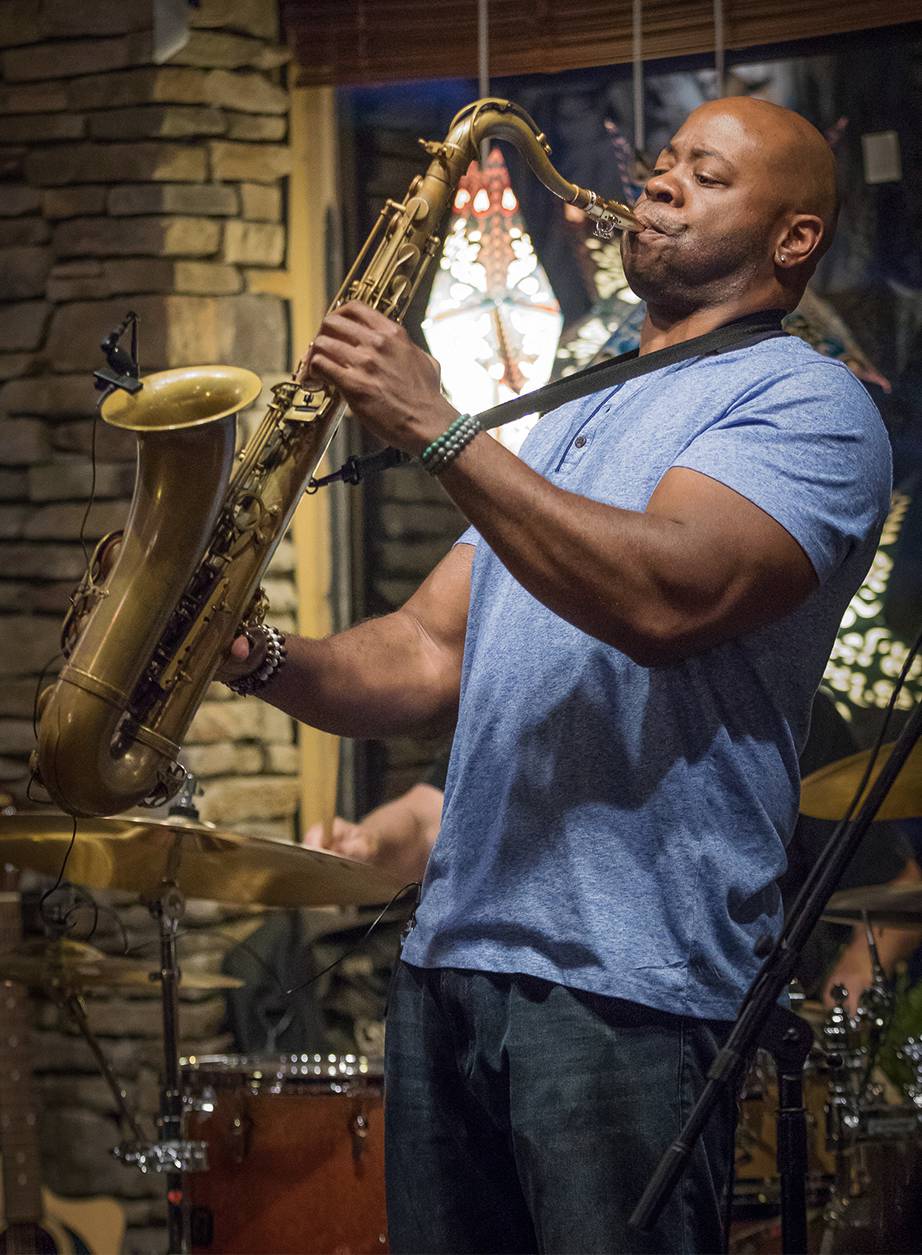 Phillip Whack is a native of Columbia, SC.  It was there that he was a product of his environment and grew up hearing the likes of Miles Davis, Nat King Cole, Earth, Wind and Fire, The Doobie Bros, Stevie Wonder, Prince, Louie Armstrong, Grover Washington Jr, James Brown, and many others in the family household.  By constantly absorbing all of this music, it would prove to have a profound influence in his interest in music.

He went on to continue his studies at Brevard College in Brevard, NC, where he studied saxophone and clarinet with Dr.David Kirby and Dr. Jon Gudmundson.  As he honed his skills in college, he began his true quest in music.  Although Phillip was initially a classically trained musician, he started to get submerged in the recordings by artist such as John Coltrane, Wayne Shorter, Herbie Hancock, Michael Brecker, Freddie Hubbard, Kirk Whalum, Weather Report, Tower of Power, etc.  Those and many other recordings would change his life and direction in music forever.

As a professional, Phillip has gone on to  record or share the stage with the likes of The Glenn Miller Orchestra, Maceo Parker, Clarence Clemons, Fantasia, Fred Wesley, Wycliffe Gordon, Tom Browne, Lenny Kravitz, Branford Marsalis, The Jimmy Dorsey Orchestra, Aretha Franklin, The Temptations, The Four Tops, The Ojays, Dennis Edwards and the Temptations Review, and many others.  He's performed in 48 states, Asia, Europe, Canada,  and Africa.  Here is what he has to say about his Eastman 52nd Street tenor saxophone.  "Eastman Saxophones have everything that a saxophonist would want..They play well in all registers from top to bottom...They allow the player to be extremely flexible and with great intonation and pitch...And most of all, they allow you to sound like you"